Canterbury will be having lots of up and coming events for you to participate in! Check back soon and we will let you know when they are! 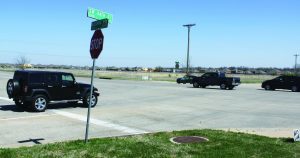 New Traffic Light To Be Installed

Oklahoma City officials pledge a solution is underway for a dangerous intersection north of Mustang. OKC Public Works Director, Eric Wegner, said a plan to install a traffic signal at S.W. 44th St. and Mustang Road is pending approval by OKC city council and state, but he expects installation to be completed by the end of 2017.

Mayor Jay Adams said although many Mustang residents have voiced concerns about the busy intersection, there is nothing the city can feasibly do because it falls within Oklahoma City limits.

“Anytime you have better traffic control and more visibility, it could help one more person,” Adams said.

Wegner said the Mustang community, along with OKC City Ward 3 Councilman Larry McAtee, have been instrumental in helping to get the project moving along ahead of others.

“Thirty other signal locations have been approved,” Wegner said. “We are actually expediting this one.”

The project to install the traffic signal at S.W. 44th St. and Mustang Road was approved in 2015 by the OKC Traffic Commission but no funding has been available to implement the project. Wegner said the project will cost $250,000 – $300,000.

Most city projects are funded by bond issues. Wegner said the last OKC bond issue passed was in 2007. The city is planning their next bond issue in September of this year.

OKC was able to identify grant funds in 2016 to put the project on the fast track. By using a participation project grant, 80 percent of the cost will be paid by the Oklahoma Department of Transportation and 20 percent will be funded by OKC. Wegner said $50,000 will come from other city funds.

Final approval for the traffic installation project is still pending.